DESCRIPTION OF TYSONS COMPREHENSIVE PLAN (BY FAIRFAX COUNTY)
In 2004 the final Environmental Impact Statement for the Silver Line of Metrorail was adopted, identifying four transit stations in Tysons. Also in that year, 20 proposals for redevelopment in Tysons were submitted under the county's Area Plan Review (APR) process. Since the Comprehensive Plan had not been revised to account for the specific locations of the four stations, the Planning Commission deferred all rail-related APR nominations to be reviewed in a Special Study of the Tysons Corner Urban Center.
In May 2005 the Board established the Tysons Land Use Task Force to coordinate public outreach during the planning process. Over the next three years, this 36 member group of Board-appointed citizens developed a vision for the future of Tysons based on best practices in transit-oriented development and public input from a series of community workshops. The Task Force presented its recommendations to the Board in September 2008.
The Board referred the Task Force's recommendations to the Planning Commission, which created a five member committee to work with county staff drafting detailed Comprehensive Plan text. The Board also directed that the Tysons Plan be informed by a thorough analysis of transportation impacts, public facility needs, anticipated costs and revenues, and population and employment forecasts. Based on the committee's work, the Planning Commission delivered its recommended Tysons Plan text to the Board in May 2010. The Board adopted the Tysons Plan on June 22, 2010. The Board also adopted 20 Follow-on Motions, directing County staff on elements of Plan implementation. In June 2010, the Board of Supervisors adopted a Comprehensive Plan Amendment ( Areawide Recommendations, District Recommendations). for Tysons Corner Urban Center. Virginia law requires each local government to prepare a Comprehensive Plan for the physical development of the territory within its jurisdiction. The Board of Supervisors also adopted twenty follow-on-motions to the Comprehensive Plan Amendment at the time of it's approval.
The Plan was designed to take advantage of the four new Metro stations coming to Tysons in 2014. By 2050 Tysons will be transformed into a walkable, green urban center. It will be home to up to 100,000 residents and 200,000 jobs in that year. Tysons is envisioned as Fairfax County's "downtown," or a 24-hour urban center where people live, work and play. Three-quarters of future growth will be within a half mile of the stations. Many offices and homes will be a three to six minute walk from the stations, allowing people to get around on foot, bicycle, bus or subway. The Tysons Plan was developed over several years through an inclusive process of County staff working with a team of consultants, as well as with appointed officials, citizens and other stakeholders. The Plan was also created based on economic, transportation and fiscal analyses. 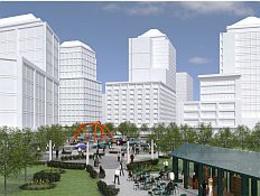 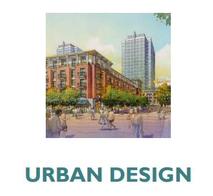 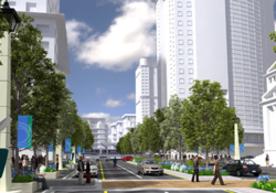 Conceptual building heights in Tysons is illustrated in the below diagram and table but is an overall guideline and there can be made exceptions as evidenced by the Capital One HQ Tower approval at 470 feet. There is also a pending proposal (in 2017) submitted by Clemente Development Corp for a 615 feet building next to Spring Hill Metro station. 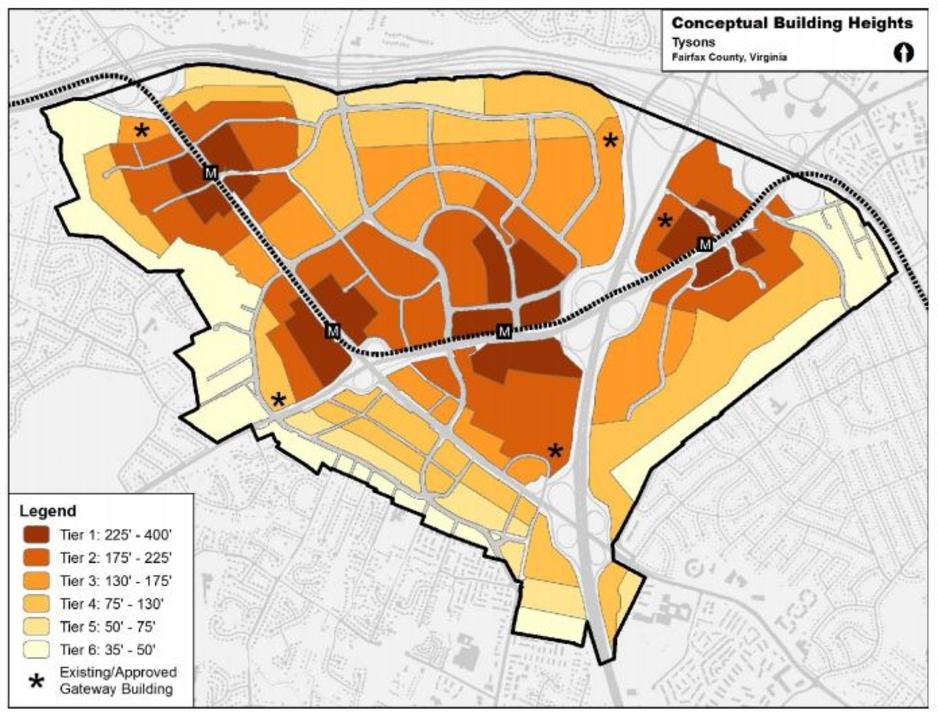 Conceptual land use in Tysons is illustrated in the below diagram. 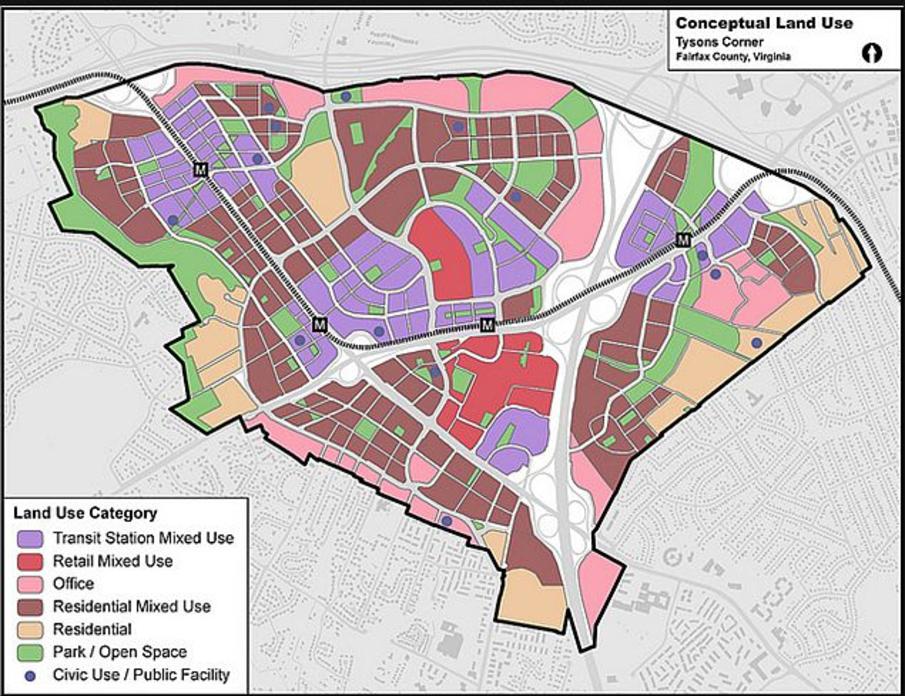 Intensity Categories in Tysons is illustrated in the below diagram. 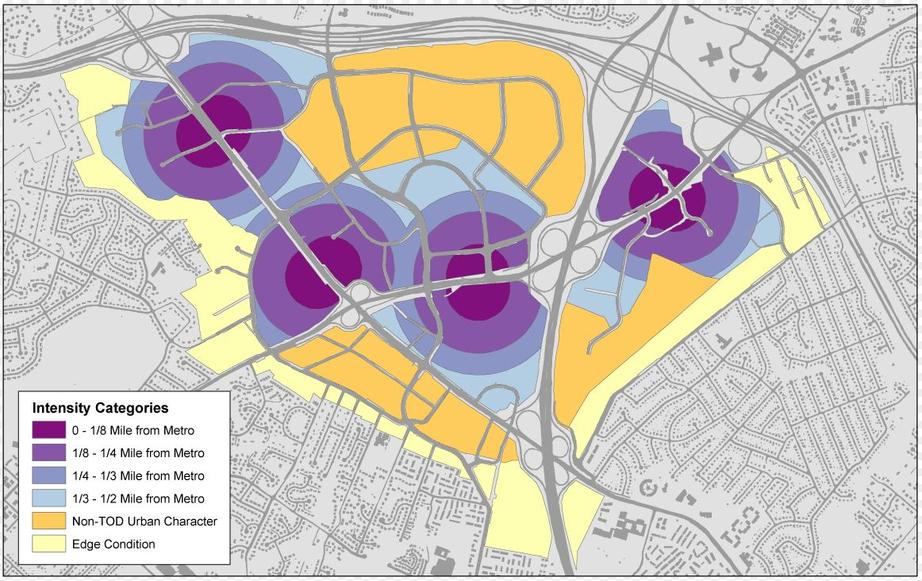 The Tysons of tomorrow features an integrated transportation and land use strategy. The two are planned to shape, enhance, and complement each other. 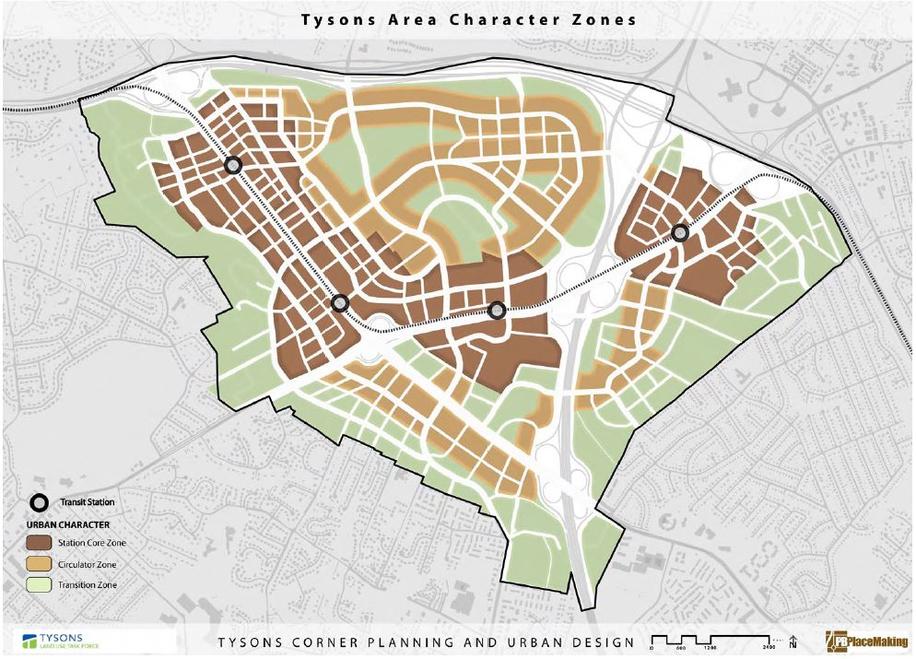 A fundamental transformation of Tysons transportation is required with a network of walkable streets, bike lanes, and a robust transit system. 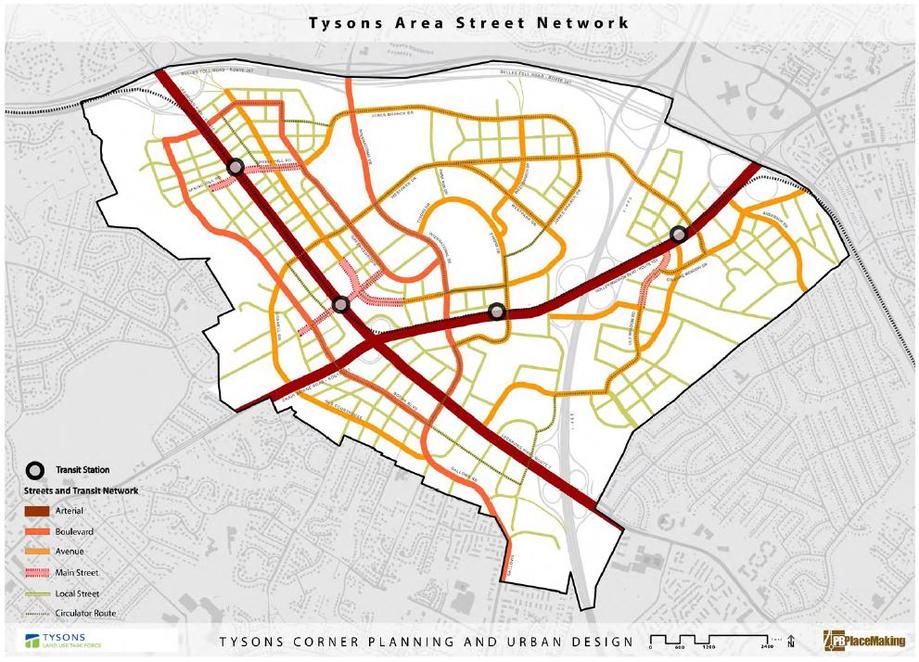 Top of Page
View on Mobile